Cognitive and Cultural Foundations of Religion and Morality

Cognitive and Cultural Foundations of Religion and Morality

This project explores the relationship between religious beliefs and moral beliefs across cultures. Although there is much diversity in the particular cultural manifestations of religious and moral beliefs, there are also some commonly recurrent patterns and themes. Religion, for example, often involves supernatural agents and collective rituals. Morality often involves notions of fairness and purity. There is, furthermore, a widespread belief that religion and morality are deeply connected, but it is unclear how—if at all—they are in fact related. This project therefore aims to collect cross-cultural empirical evidence on this alleged connection.

This project was originally developed to test hypotheses arising from a theoretical paper (McKay & Whitehouse, 2014) in which a case was made for combining moral foundations theory and CSR concepts to generate and test new hypotheses about the shared underlying cognitive and cultural foundations of religion and morality. In this report we describe how various strands of this project have provided answers to the broad questions and specific hypothesis listed in the original proposal. When we started this project, surprisingly little was known about the relationship between religion and morality. Overconfident pronouncements were rife in academic and public life but most failed to specify precisely what they meant by either religion or morality. In our paper, we attempted to ‘fractionate’ both domains into a set of universal components, creating a table of boxes representing potential relationships between them. By extensively surveying the empirical literature on these topics, we sought to establish which boxes could be filled with relevant evidence supporting or disconfirming the presence of a necessary or even probable set of connections. We found most of the boxes to be empty. The main goal of this project was therefore to start filling the boxes. We plan to produce a substantial paper after the end of the project, updating the original Whitehouse & McKay article and showcasing more systematically the progress that has been achieved as a result of this grant.

Learn more about our approaches to the key questions guiding this research.

We set out to discover whether supernatural concepts facilitate the transmission of moral ideas. Investigations of this topic involved a mixture of experiments and surveys. To take one example, postdoc Emily Burdett designed a series of experiments to explore whether malevolent or benevolent character in stories, in addition to whether a good/bad moral outcome ensues, are more memorable and effective and the impact of this on prosocial behavior. These studies also explored whether there is a relationship between believability, interest, enjoyability and whether the story is negative or positive influences the transmission of the story and recall.

How is Variation in Religious and Moral Beliefs Cognitively Constrained?

We have been investigating how basic cognitive cognitive processes constrain cultural variation in religion and morality. First, we sought to establish patterns of recurrence and variation in morality and religion globally. For example, project postdoc Oliver Curry spearheaded a statistical analysis of ethnographic data on a diverse sample of 60 societies worldwide and found that seven rules were judged to be morally good everywhere and never morally bad. What differs across cultures is not the core moral repertoire but the emphasis placed on different elements and their relationship, if any, with religious beliefs. To explore the latter issue in more depth, we utilized a much larger, longitudinal databank called Seshat, resulting in a particularly rich body of research.

We also focused on how universal features of religious thinking and moral reasoning might be intuitively linked. For example, project postdoc Hugh Turpin has been exploring whether the guilt occasioned by personal moral transgressions increases feelings of being observed and whether effect will be stronger for those who believe in the existence of morally interested, punitive supernatural watchers. His initial studies found that Christians were more likely to think the religious images were watching them in the guilt condition. But different patterns of response between Catholics, Protestants, the non-religious, and committed atheists and so he is currently leading research delving deeper in the effects of denominational differences.

Project postdoc Yo Nakawake has meanwhile spearheaded four experiments showing that preverbal infants attribute social dominance to an agent exhibiting the ability to defy various intuitive expectations. In these studies, infants watched two agents gain a reward using either a natural or supernatural method, the latter involving simple forms of levitation or teleportation violating the infant's intuitive physical expectations. Infants looked longer, indicating surprise, when the natural agent subsequently outcompeted a supernatural agent in securing a reward. This research suggests that the bias to attribute social dominance to individuals exhibiting supernatural powers has very early origins in development, helping to explain why religion is such a ubiquitous pathway to authority in human societies.

We also set out to establish how variation in the believing dimension of religion can impact moral convictions when all other cultural dimensions are held constant. For example, one study led by project postdoc Aiyana Willard compared karmic religions (Buddhism and Taoism) to Christians and the non-religious to see if they emphasized reward or punishment across three moral domains: Care/Harm, Fairness/Cheating, and Sanctity/Degradation. We found that the karmic religions put more emphasis on doing good than the Christians and non-religious for both care and fairness. Project postdoc Mark Stanford led a series of studies investigating the relationship between moral foundations and aspects of Burmese Theravada Buddhism. His initial studies found an association between ‘great tradition’ Buddhism and ingroup-sustaining morality, and between ‘little tradition’ religiosity and interpersonal moral obligations; these findings have driven further research on the relationship between Buddhism and ingroup identification more broadly. Together, such studies showed that the salience of different types of religious beliefs can place emphasis on different types of moral domains in different ways, even within a single group of people.

What are the Impact of Religious and Moral Intuitions on Judgements of Ritual Efficacy?

To investigate this, project postdoc Emily Burdett led a series of studies exploring whether supernatural presence (Fairy Jane) and natural presence (the director of a museum centre) influences a ritualized cleaning activity compared to when unsupervised.  We predicted that children copy with more fidelity when they believe that Fairy Jane is real, and copy with more fidelity when they think the director might be watching, compared to when children are alone. Presence of an agent was also predicted to motivate children to share resources at the end of the study. Surprisingly, we found that children engaged in higher fidelity copying of the ritualist actions when unsupervised, compared to children in the Director or Fairy Jane conditions and we are now running a series of further experiments to dig deeper into the processes by which children assess the effects of supernatural monitoring on ritual obligation and efficacy.

Do the Moral Concerns of Gods Vary as a Function of Environmental Resources and Threats?

Project postdocs Adam Baimel, Michael Buhrmester, and Barbara Muzzulini have been spearheading efforts to explore the effects of environmental resources and threats on beliefs in moralizing religions in surveys spanning a number of countries in the Middle East, Asia, and the Pacific Island region. In addition, a large comparative (multi-country) study, led by project postdoc Oliver Curry, is seeking to tease apart the effects of environmental and phylogenetic factors. We are also investigating these issues longitudinally, by analyzing the relationship between environmental factors and moralizing religions over thousands of years of global history, in research spearheaded by project postdoc Selin Nugent and a team of research assistants dedicated to the topic. 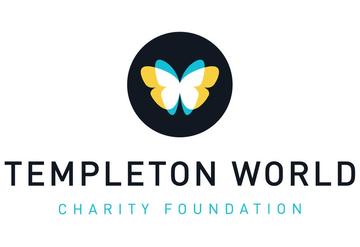 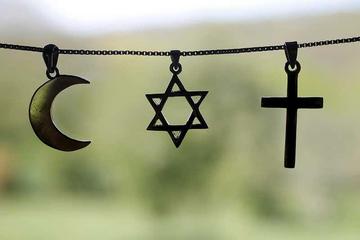 Is religion good or bad for humanity? Epic analysis delivers an answer 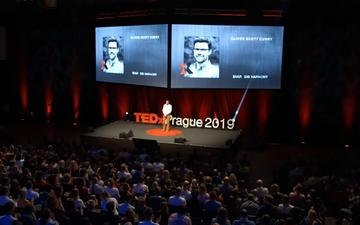 How to be good: a TEDx Talk by Oliver Scott Curry, CSSC Research Affiliate